My Tiny Cabinet by Ziwei Yu 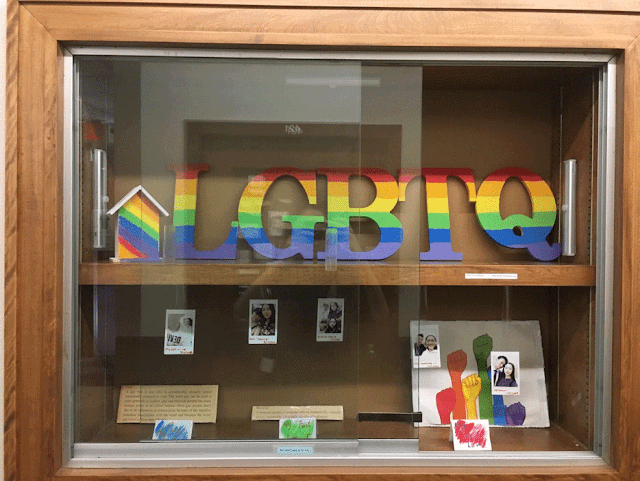 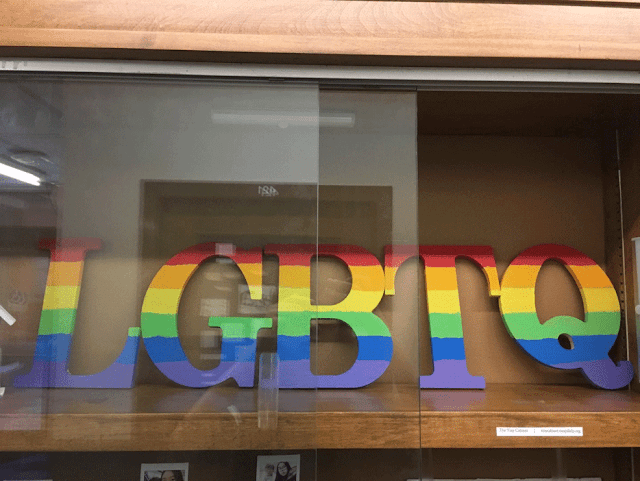 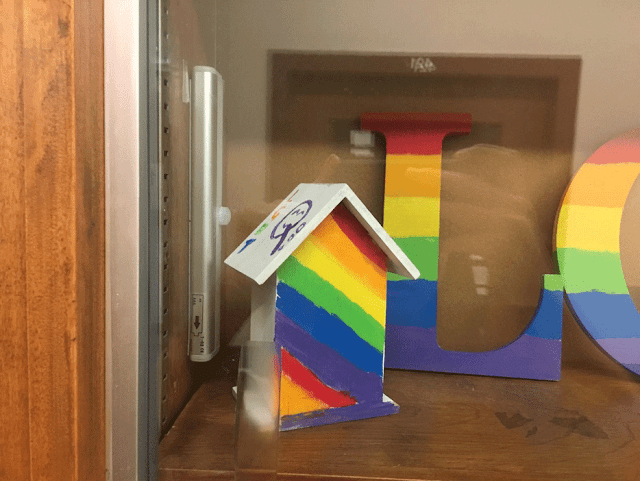 A hand-painted wooden house model with the rainbow (LGBTQ community) color, drawing a smile on the roof, which represents that we all are the same; 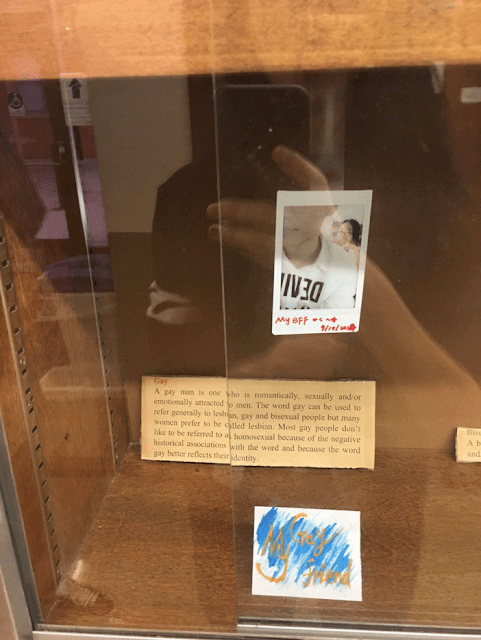 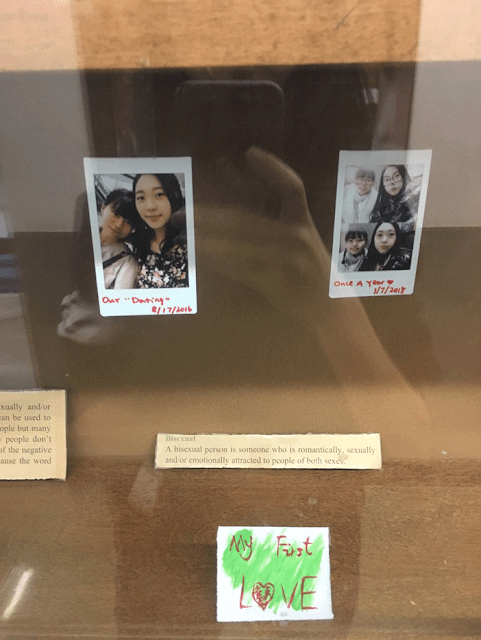 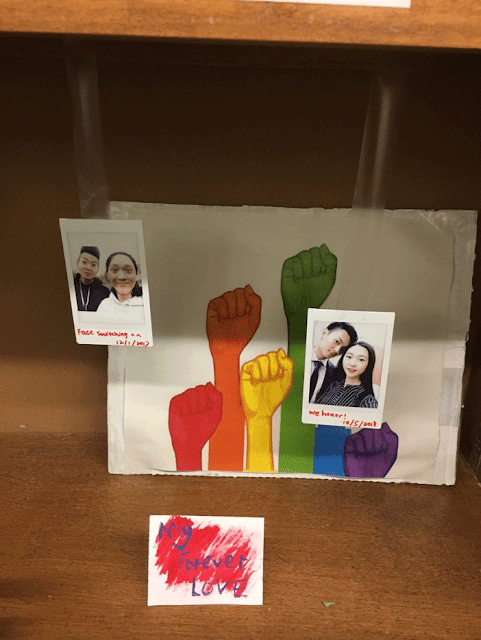 When my date to design the tiny cabinet came, the first person that popped up in my mind was Miller. He was one of my best friends in high school, and we share some secrets. The reason I said “some” was because that I could feel he was hiding something, something that he thought I shouldn’t know.
We argued this since we met. The best friend should share all secrets with each other. I mean, I could share my secrets with him because I trusted him—how could he not trust me as I did?
“I’m different,” he said, “not like you.”
At that time, I didn’t know what this meant. All I could feel was his helplessness deeply in his mind that I as a “normal person” couldn’t touch, understand, or embrace. I never argued with him about this “issue” after what he said to me, starting to think of a way to make him feel better. But what I really appreciate him was that he finally told me his biggest secret.
“I’m gay,” he said, “do you know gay?”
“Yes,” I said, “I’m one of the supporters of LGBT community.”
There was no word to illustrate the switch from sadness to excitement on his face. It was pretty rare at that time when there was someone supporting them.
I understand. Who we fall in love don’t depend on the gender; it depends on the soul, the one that matches you perfectly, and no matter who has that soul—a boy, a girl, a transgender, etc.—we will fall in love with that soul.
But I mean, he wasn’t the first person I’ve known being in that community.

It was an autumn when I met Charlotte. She was a transfer student, who always loved to bring snacks to school so that she could find a time after class sneaking into an empty room and ate cookies or chocolate. I remembered it so clearly because on the first day we met, she gave me a piece of dark chocolate. I didn’t like chocolate; it was sticky (on my teeth) and sweet (including the dark chocolate). But I didn’t know; I still ate it. For some reason I had a great feeling on this girl and I wanted to know her more.
It might because she was the one who could easily understand what I was thinking without me saying a word. Every day when in school, we would always be together, studying the math, working on the homework, and going to the restroom together. She wasn’t like another me, but she definitely had all my information on her hand; otherwise, how could we be so tacit?
We became the “best couple” in our class. My other classmates would always tease me, calling us as a couple. She sometimes would argue with them, but I never said anything. It was a strange time when I felt happy and even exciting when others called us couple, and one day in my dream, she even became my couple—we almost kissed.
I was scared and felt panic. My mom told me that I would eventually fall in love with a good boy and marry him. It was the fact that I’ve always remembered and now, it was different. I didn’t know if I fell in love with Charlotte, but I definitely wanted to stay more time with her. It was a weird relationship between us: I was a friend of hers, and she was the one that I like.
One day she finally realized it, and I started to hide from her. She found me at the end of the hallway of the second floor where there was a tiny corner that nobody, but we, knew as our secret “home”. She found me and told me: “There is no shame on it. I’m happy to hear that. But we are too young, and you don’t who you really love for your entire life.” She held my hand and led me to the classroom, continuing saying: “a person would fall in love with more than one person, and eventually, you would find the one who really suited you.”

Andrew is my boyfriend. He is the first one who knows what happened between me and Charlotte. How lucky I find this man. When he first heard of it before we were together, I was ready to accept all of his judgments. He didn’t say anything at that time but hugged me. “What you love is the soul. It has nothing to do with the gender. You loved her, and now you love me. That’s enough.” He says when I’m writing this story. He is not in that community, but he has no critics on us, and that’s enough.
I’ll never forget Charlotte. In fact, we are still best friends who met with each other every year when I went back to China. She still treats me the same as what she does since we met, and I appreciate her to lead me out of the dark zone from hating myself to accepting who I am.  I have rare contacts with Miller, but it’s OK. I can see that he has a great life with his boyfriend right now, and I wishes him the best far away from the U.S.