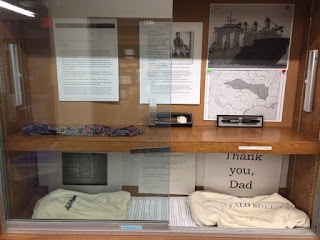 I remember coming along with my father, as a kid, to his office in Rockville, Maryland near White Flint Mall. The mall featured a Krispy Kreme store, or maybe only a Mrs. Fields’, and we occasionally brought home a warm chocolate chunk cookie. His office was in a complex on Executive Boulevard, and we’d drive there along the D.C. Beltway in his Dodge Intrepid, gold and wedged-shaped with a sunroof and a purple-black coolant stain across the left rear seat. Red River Shipping was the name of his business, and the business of Red River was to transport U.S. military cargo, or sometimes foodstuffs in true bulk: their first contract called for the carrying, on a leased container vessel, of 18,000 metric tons of soybean oil to Karachi, Pakistan. His father founded Red River in 1983, ten years before his death on a tennis court at the age of sixty-five and, just before that, my birth: his first grandkid, beginning to breathe. In 1987, my father took over. Like mine, his relationship with his father was among the tenderest in his life; as a teen, he’d call his skinny dad “old stick,” obnoxiously, and his father would call him “young prick.” His dad was the first African American law professor at Arizona State, and Red River became, eight years after its inception, the first African American business to own a vessel traversing oceans under the U.S. flag. The ship was called the MV (Motor Vessel) Advantage and then the MV Monet and, finally, the MV Buffalo Soldier, after the U.S. Army’s first all-black peace-time regiment, formed in Kansas following the Civil War.
But I did not appreciate that history as a kid. I mostly remember playing games from the Backyard Sports franchise at a desktop computer while my father did his work nearby—and the time we got stuck in an elevator for maybe an hour, so that I got scared of elevators and did not take them for years.

My father’s business went bankrupt in 2012, as I applied to colleges, some in Virginia and some out of state. I want to make clear that money was not a big problem for us, even then: my mother earned enough as an attorney to keep us more than comfortable. I couldn’t afford the fancy private schools that offered admission, and my parents cut back some, and when my sister went away to school, my mother left the federal government for private practice. That was the extent of our financial burden.
That’s all to say that this isn’t about money.
But my father was retired at the age of forty-seven. And he was not ready to think about working again (and it was our good fortune that he did not need to, right away). He spent a lot of time walking the dogs in the woods—hours and hours at Great Falls, a state park along the Potomac River. He took care of everything at home, became deft in the kitchen, and listened a lot to NPR, for the sound of others’ voices. Every morning, he drove my sister to high school, and every afternoon, he picked her up. He and I would have long text exchanges full of our language—lots of dude’s and nonsensical variations (dudemander, dudemandino, so on). I was lonely a lot my freshman year of college, like lots of people, and he was always there.
But, of course, there was the other side of that availability, and that was isolation. A parent of a friend asked him at a party if, now jobless, he felt he was wasting his life. When they’d speak on the phone, one of his best friends would encourage him to get back out there, which he did not then want to hear. And every time he and my mother met others their age and began to get acquainted, he’d have to say, when talk got to work (and it did get there, most always): I’m retired. On a family trip he met another man who’d been out of work for a long time and they spoke for hours, connecting on a deep level. The man had been driving motorcycles in the mountains, enjoying the stiff wind against his body, the view along the Atlantic coast.
My father did not want another job; that’s the thing. If anything, I’d say that he wanted his job back. At Red River, he’d put in sixteen-hour days, trying to save the business his father, his hero, had entrusted to him, the business his sisters and mother sat on as board members. He felt cheated by the U.S. government, pushed out, blackballed. He felt he’d let his family down.
To lose your job is emasculating. To watch your business capsize—no, your family’s business—and to then pack up your office all by yourself is something worse.

I sometimes wondered if I would be one of those kids who assumed the family business once a parent stepped away. I wasn’t sure I wanted to, because even then I felt like I wasn’t a businessperson: I didn’t care about buying things and didn’t like raising my voice, so who would I be to do the work of leading, persuading, making all the hard decisions? (The italicized phrase comes from an interview my father did with Black Enterprise Magazine in 1995, the first year Red River got out of the red). I wasn’t a negotiator, just liked to do my own thing, in my own way, often by myself.
But that doesn’t mean I don’t highly value the specific work he did, the hard-scrapping against much larger companies for government contracts (his had five full-time employees), the hiring of able-bodied crew for journeys into the Gulf of Aden, the everyday considerations as to what would let his business do more than simply tread.
No, no: in this space I want to say, mostly, that I am so very grateful to my father for what he did, for our family, as the president of Red River. For providing for my sister and me alongside my mother; for giving us an example, alongside hers, of what it means to give your mind and heart to any endeavor, to push, push, push. For carrying on his father’s legacy of black excellence, for taking his business far in an industry dominated by white folks—and for then staying there, holding on. For fighting for his business, which I know he did, which I watched him do.

I said before that Red River’s demise injured my father, altered the trajectory of his life, and I do not mean to delve further, there, because that isn’t what this display is about. No. What I want, for this single week in which I get to put whatever I want in this small space, is to express appreciation. To honor both my father and his dad: the men I most want to emulate, as a guy now in his mid-twenties, still pretty young but trying to do things right.
I am grateful to my father for what he did in his career, but I am equally grateful—no, more—for the person he’s been to me always. For his encouraging me to pursue my passions, these words set down against this screen; for his careful listening, always, when I tell him about something that bothers; for his eagerness, sometimes, to get a rise out of me, my irritation never not followed by a laugh. (Dad! I’ll say. Quit it! And then we’ll chuckle, both of us.). For never making me feel lesser—not when I help him in the kitchen and he knows way more than me, not when he gets into economics (he has an MBA) and I ask very simple questions. For driving me to sports and watching me play; for driving me across the country when I moved out here; for driving with me to North Carolina last summer, when we tried to learn about our family’s (somewhat erased) history.
For telling me what his father told him: You’ll always be my horse.

Hey, Dad: I’ve written this before but don’t think I’ve ever told you: in that stuck elevator on Executive Boulevard I was pretty freaked out—not enough light, not enough space—but it was okay, you know, because you were beside me.
Father, right beside the son. 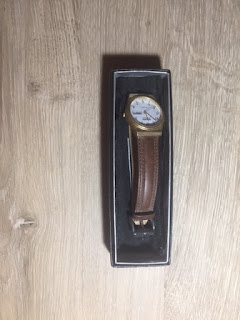 My grandfather’s watch, which doesn’t run right anymore. I wore it my first day of teaching at the University of Arizona, to channel him. 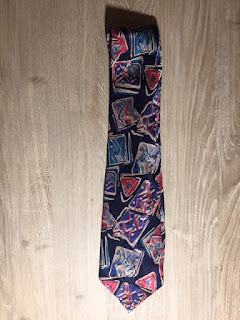 One of my father’s ties, which he gave to me. He doesn’t wear these for business anymore, only for social occasions. Like, maybe one day my sister or I will get married, or I’ll finish this degree—something like that. 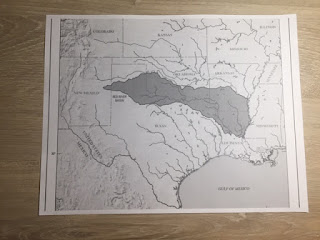 A map of the Red River Basin, which stretches from New Mexico to Mississippi. I used to think my grandfather maybe named the company Red River because something important happened on that waterway. For instance, a lot of the basin is in Texas, and my grandmother gave birth to my father’s older sister in San Antonio in 1954, after days of driving from Chicago: my grandparents slept in the car, again and again, during that trip through Jim Crow America.

The pen my father gave me last year, which came in a crisp black box. He told me: These pens are from the Red River days. 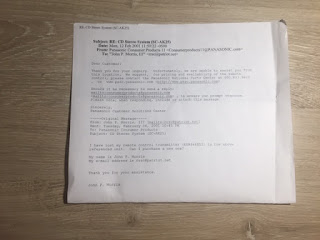 A copy of an email my father sent in 2001, asking for a replacement remote for his Panasonic sound system, now in my possession. In the message he asks where he can purchase a new one. He sends the email from his Red River email account: rrsc@patriot.net. I have the message because, along with the Panasonic, my father gave me a manila folder, containing several papers; it was in there. 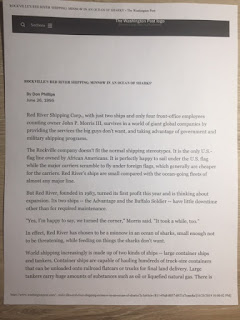 A news story in the Washington Post from June of 1995: “Rockville’s Red River Shipping: Minnow in an Ocean of Sharks.” In the piece, my father is quoted: “We like the break-bulk markets. There’s so much competition in the container business. These companies are monoliths. They would step on you. They’d crush you.” That’s what his voice is like, you know: erudite but also playful. 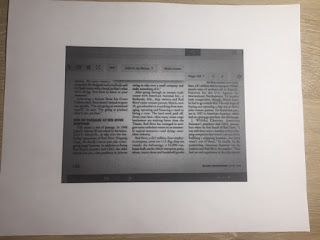 The piece from Black Enterprise Magazine. My father talks about leaving his job at Pacific Northwest Bell—he’d been living in Seattle with my mother, though they’d for a time broken up—and moving to D.C. to take over his dad’s business. (My mother came a year later, a decision she’s described as a real “leap of faith,” a vote of confidence in their relationship). 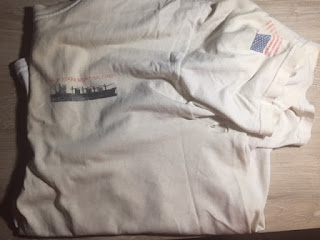 I sleep in these shirts a lot. They say, Red River Shipping, and they, Buffalo Soldier. I’ve slept in them so many times that the fabric is soft, and there are sweat stains under the arms, and in one of the shirts there are large holes—all the better for ventilation. 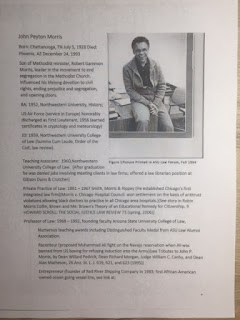 My grandfather’s life in the space of a page, with a photograph of him in his office at ASU, his face a whole lot like my father’s and also, aside from skin tone and hair, a good bit like mine. 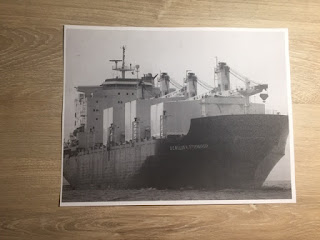 The MV William H. Pitsenbarger, the final ship operated by Red River. Once, as a family, we visited the Port of Oakland because the ship was docked there. I was in the eighth grade, my sister in sixth. We walked up the gangplank, went down the hallways, ate lunch in the captain’s quarters. It was the first, and only, time my sister and I went onboard one of my father’s vessels.
My parents wanted us to go because they knew the business was in trouble, but they did not tell us that, then. That day was California sun and Pacific Ocean and proud family. That’s all. 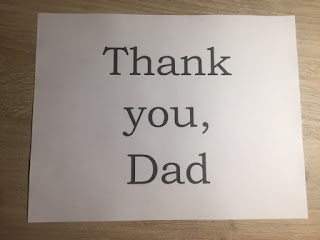 Bookman Old Style: I remember, even now, that this is my father’s favorite font.